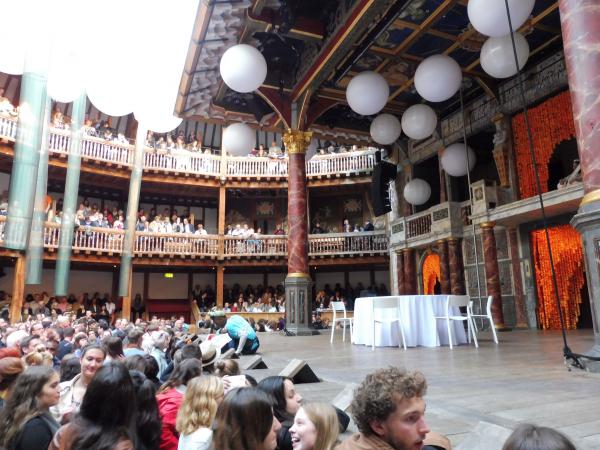 Classified as a Theatre and Museum Trip, a group of around fifty people embarked on a brave journey to the heart of London – the capital of a country, which some people humbly call “Scotland’s appendix”. Courageously leading the group were four competent London guides by the names of Mrs Bähr aka former Ms Schupp, Mrs Dienst, Mr Wagner and Mr Emrich, who followed their calling to set sail with a group of inquisitive students and dauntlessly directed them through the maze of streets, even initiating their fellow followers to the underground enigma called tube. [...]